Coboc SEVEN Montreal offers the convenience of multiple gears to help riders easily navigate the urban terrain on two wheels. One of two new models with shifters, both are equipped with an SRAM 7- speed shifter that gives the speedy cyclist a touch more comfort.

It’s not just any city that manages to make the prestigious Copenhagen Index, which recognizes the world’s most bicycle-friendly cities. The Canadian city of Montreal earned this honor with perfect infrastructure that lets residents leave the car at home. Coboc SEVEN Montreal offers the convenience of multiple gears to help riders easily navigate the urban terrain on two wheels.

With its Coboc Seven Montreal and Seven Kanda in the SEVEN series, the e-mobility specialist debuts two new models with shifters, expanding its single-speed concept. Both are equipped with an SRAM 7- speed shifter that gives the speedy cyclist a touch more comfort on urban terrain.

Fully equipped with disc brakes, stand, mudguards, and a rear light integrated into the seat tube, the Kanda for women and the Montreal for men are complete, everyday, all-around e-bikes for anyone who is also looking for a certain something extra – in addition to pure biking pleasure.

The 350-watt hour battery hidden discreetly in the down tube is fully charged in just two hours. With power peaks of up to 500 watts, the motor accelerates to a sporty speed in a flash, even over longer stretches, with an average range of 80 km. In terms of design, the new members of the fleet are based on the Vesterbro model for men and Villette for women – as is the barely visible carrier, which adds the finishing touch to the Montreal and Kanda.

Always ready with our perfect commuter bikes. Useful features such as lights, rear rack and mudguards make the SEVEN bikes a versatile companion on your daily commute to work or leisure. Coupled with their elegant understatement, they comfort you on your everyday rides.

Smart connectivity throughout the Coboc fleet

For the coming season, Coboc has loaded up in terms of connectivity. The Coboc app for iOS and Android, which was created in collaboration with the software developer COMODULE, turns all the Coboc models into fully connected smartbikes. The bike connects to a smartphone via Bluetooth, making the phone an on-board computer. In addition to adjusting the standard settings, the Coboc app can also be used to fine-tune the responsiveness of the electric assist and the motor output. This allows cyclists to individually configure the overall ride dynamics to suit their own preferences.

The on-board computer display provides information on vehicle data like speed, distance covered, battery charge level, motor output, and much more. And it not only indicates the battery’s charge level, it also visualizes the current range on the map as a function of the surrounding topography. Under the “Activity feed” menu option, it’s possible to store the trips taken, including altitude profiles and ride data, and if desired, share it with the community. Naturally, the app has a full- featured sat-nav, and on models in the SEVEN series it can be used after dark to control the rear light that’s elegantly integrated into the seat tube.

If you’re looking for a minimalist design with superior “Made in Germany” e-bike technology, you’re on the right urban racetrack with Coboc, and you can look forward to cycling fun and well-designed comfort in their purest form. 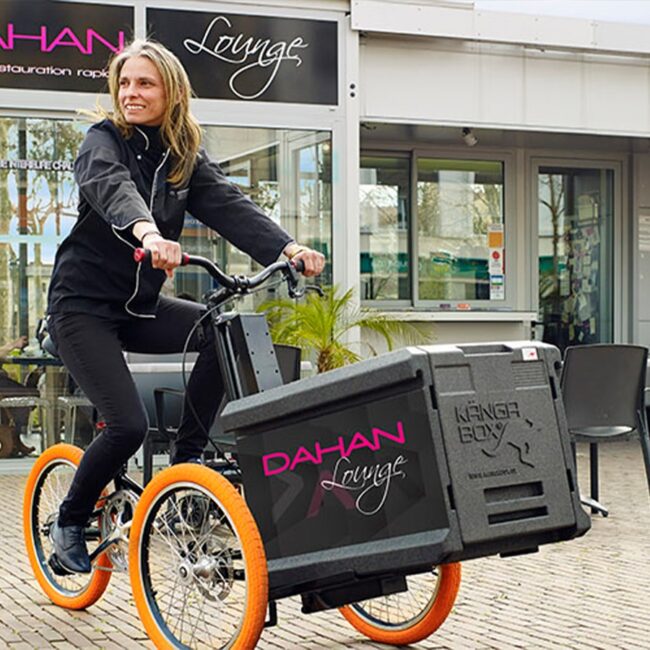